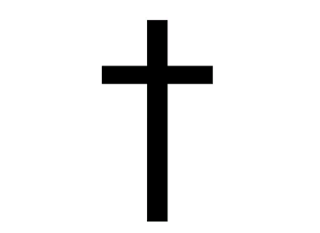 When former President Olusegun came out to accuse some church leaders of encouraging corruption, some people attacked him and said he does not have respect for God.
A tithe giver whose identity was made anonymous by a church, ‘Non go Kristu U Sudan hen Tiv’ (which means, the Church of Christ Amongst the Tiv), most known as NKST Church, in Makurdi, capital of Benue State, amazed the church members when he paid N42 million to the church as tithe.
The tithe was allegedly paid into the church bank account hosted by UBA.
When some of church members heard of the news that somebody such amount of tithe, they spread the news to the public who were angry that such church could get that type of shocking donation whereas their salaries had not been paid by the State Government for months.
The residents were said to have been angry at the donation because they believed the donor must have been a government official.
Related Posts

Meanwhile, the resident pastor of the NKST church, Dr. Frederick Ikyaan, had earlier denied that such money was remmitted into the Church’s account.
But a copy of the church’s quarterly financial report, which started from January 2017 to March 2017, revealed that the sum of N42 million tithe was credited into the church’s account in January 2017. The donation was the highest single offering from an individual for the first quarter.
After the disclosure of financial report, Pastor Dr. Frederick Ikyaan later admitted they received the donation, but insisted that his previous denial was based on the speculations that the donor was an appointee of the Benue State Government.
Ikyaan said: ”I still stand by my words that the person that gave us that money is not an appointee of the state government. In fact, he does not even stay in Benue but is an indigene of the state.”

Further saying that it’s never a crime for the church to receive such huge amount of tithe, stressing that the church does not have anything to hide.
However, people of the community still believes the donor must be a state government official and insisted that they must know the source of the person’s income. Speculating that for the donor to have donated N42 Million to the church as tithe, means the person must have made a total income of N420 million in the month that he made the donation.
Despite all the rancour and speculations, he church is still refuses to disclose the donor’s name.
BenueChurchNewsReligionTithe
Share