Volkswagen has unveiled the ID.3 concept electric vehicle with a 12-inch display. The ID.3 will enter production in 2023 while its release date is Q4 of 2023. The concept EV also has an expansive boot space compared to its present sibling. 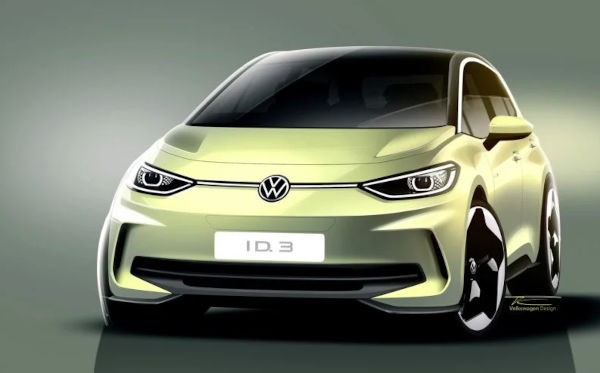 Most design changes for the ID.3 are in the car’s interior as well as software improvements to boost its performance. Apart from the infotainment display, the ID.3’s interior features a removable boot floor, a central console with dual cup holders, and an overall eco-conscious design. Volkswagen says the ID.3 concept has a more simplified charging process with Plug & Charge and Route Planner tool improvements. The company also says that the delivery of the EV will be carbon neutral.

Volkswagen says the vehicle’s interior is made from partly sustainable materials and does not contain any animal-derived material.

Volkswagen says the car is a culmination of suggestions from customers. With the earliest deliveries of the ID.3 set for the last quarter of 2023, Volkswagen is ramping up its capacity, and its main plant in Dresden, Germany will join two others in the production of the model. The EV offers new convenience and assistance systems for enhanced automated driving. It uses swarm data in the latest Travel Assist. Customers in Germany can pre-order the ID.3 in four variants – Life, Business, Style, Max, and Tour since December 1. The starting price for the ID.3 is €43,995.

The Volkswagen ID.3 has had a great reception in Germany since the company opened pre-orders on December 1. Chip shortages have also affected the outlook of deliveries for the ID.3.

Volkswagen says that due to the current supply situation and existing order backlogs, a Q4, 2023 delivery date is the most feasible. Due to the lag between order and delivery, Volkswagen says that customers will receive the enhanced ID.3 models that may differ from what was requested. However, any of such differences will be to the benefit of the customer.

Huawei is set to fully invest in the automobile industry –...