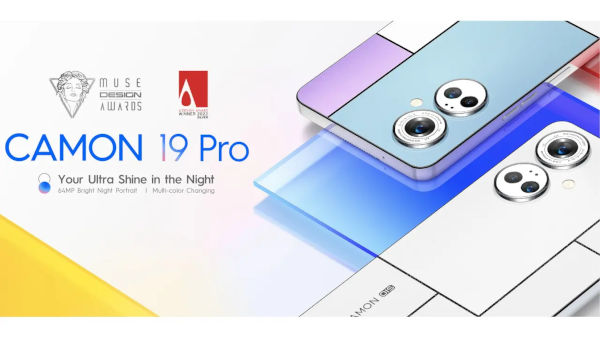 The Camon 19 Pro Mondrian Edition has a unique back panel that changes color when exposed to light. That is the key selling point of the model. This feature relies on polychromatic photoisomer technology to “follow geometrical patterns of color change in the sun,” Tecno said in a press release.

But it doesn’t only change color in the sunlight. The Mondrian Edition also does its trick when exposed to any type of light both indoors and outdoors. Under normal settings, the phone’s back is all white, punctuated by straight lines and right angles. However, the fun begins when light strikes it, revealing a design inspired by the art style of Dutch painter Piet Mondrian (thus, its name extension).

As for its specs, the special edition device doesn’t differ from the regular Camon 19 Pro, which debuted in June(opens in new tab). This means it has the same 6.8-inch IPS LCD screen capable of up to 120Hz. Under the hood, it’s powered by a 12nm-based Mediatek Helio G96 chipset coupled with 8GB of RAM and up to 256GB of internal storage. It also packs a 5,000mAh battery with 33W fast charging support. 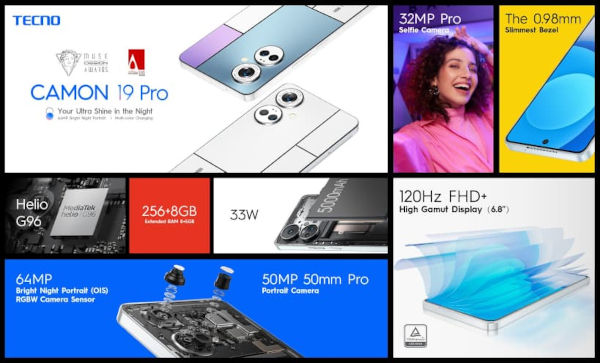 Around the back, it includes a 64MP main sensor complemented by a 50MP telephoto shooter and a 2MP depth sensor. Selfies are handled by a 32MP front camera. TECNO claims the device’s rear camera features the “first high-clear crystal sensitive lens with RGBW sensor” to challenge the best Android camera phones in night photography.

However, other Chinese brands including Vivo and OPPO pulled a similar gimmick in the past. Earlier this year, Vivo launched the V23 series with unique exterior gradients that change colors depending on the light that hits its back panel. In 2020, OPPO unveiled the Reno 5 Pro+ Artist Limited Edition in China with the same trick.

The Camon 19 Pro Mondrian Edition will be available in July alongside the original model and other variants in the Camon 19 series. It will arrive in Africa, Latin America, the Middle East, Southeast Asia, and Southern Asia, with prices varying by region. 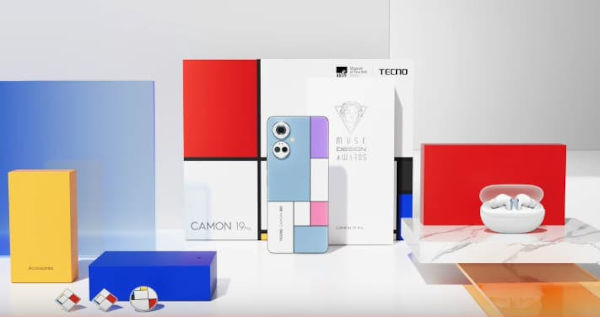 It will also ship with the TECNO Sonic 1 earbuds inside the box as part of the gift set. The earbuds promise up to 50 hours of battery life, though your mileage may vary.