WhatsApp will soon allow you to make polls in group chats

WhatsApp has been tirelessly working to enhance users’ experience on its messaging platform with the introduction of interesting features. The company is gearing up to add an “important” new feature that will allow users to start and take polls in the group chats.

According to a WABetaInfo report, the popular messaging based platform will soon let you type poll questions to send to a group chat. This feature is already available in rival chat app Telegram and even Twitter, which lets users create polls and lets others to vote and see the results as well. Now, it seems that WhatsApp plans on rolling out this feature to its userbase too, since it is currently in development.

The WaBetaInfo report also shared a screenshot, which basically showcases the “Create Poll” feature on iOS. This was spotted on the apps v2.22.6.70 beta and is currently not available to all beta testers as of right now.

While we can see the create poll option, it is still unclear as to how users would be able to write a question for the poll, or even any means through which it can be customized. 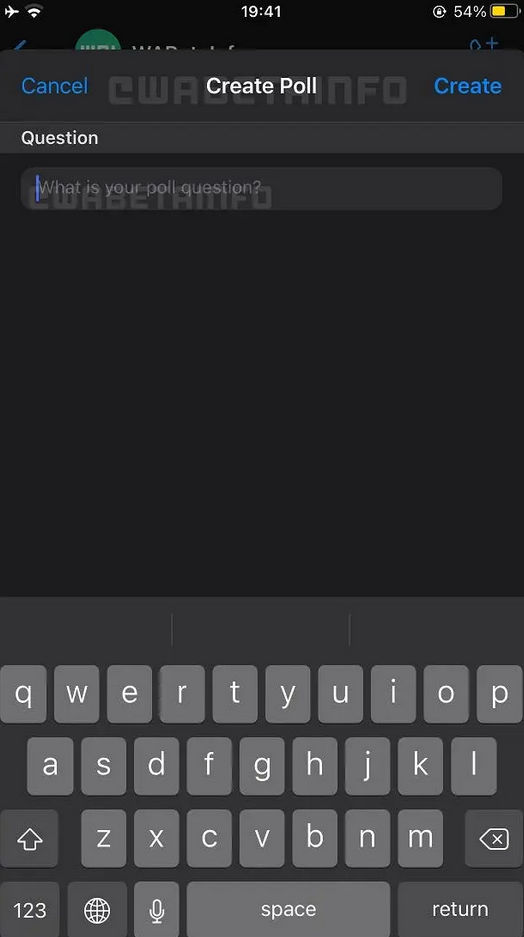 In addition, it may even offer group members a chance to select more than one answers on the poll. But till WhatsApp rolls out this feature to beta testers in a more elaborate manner. So stick around for more, as we will be bringing you updates when additional information is available regarding this matter.