In October 2020, HMD Global released an Android 11 update roadmap for Nokia smartphones. This includes a total of 15 smartphones expected to get the latest version of Android between Q4 2020 and Q2 2021. Out of those, seven have already received Android 11, while the update for a few of them has been delayed. And the rest of the smartphones will actually have to wait more to get a taste of Android 11.

HMD has again released a revised Android 11 update roadmap for Nokia smartphones, telling us that the Nokia 6.2,Â 7.2, andÂ 9 PureView, which were supposed to have recAndroid 11 sometime in Q2 2021, will now get it in the third quarter of the year, meaning anytime between July and September. 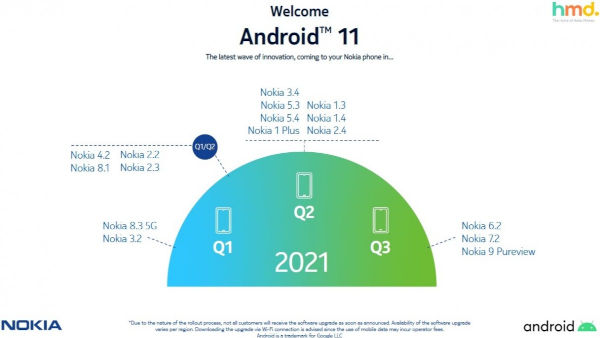