Xiaomi is set to launch a budget friendly 5G smartphone called Redmi Note 9T and it will be available globally. 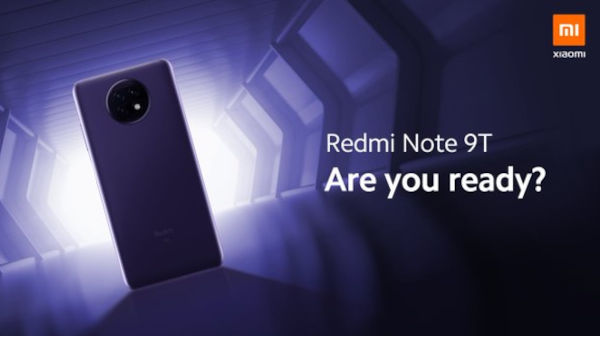 According to recent reports, the phone has passed several certifications such as Malaysia’s SIRIM, Thailand’s NBTC, and TUV Rheinland certification. The handset was also recently seen at Geekbench benchmarking platform with the Dimensity 800U chipset. Rumors surrounding it have revealed that it could be a global version of the Redmi Note 9 5G that launched in China in November.

The Redmi Note 9T is expected to arrive with a 6.53-inch IPS LCD panel with a punch-hole design. It may support a Full HD+ resolution and a 19.5:9 aspect ratio. The Dimensity 800U chip could be equipped with up to 8 GB of LPPDR4x RAM and up to 256 GB of UFS 2.2 storage.

The MIUI 12 based Android 10 OS may come preinstalled on the Redmi Note 9T. It may sport a front camera of 13-megapixel and its rear shell could be fitted with a triple camera setup. The latter may include a 48-megapixel main camera, an 8-megapixel ultrawide lens, and a 2-megapixel depth sensor. 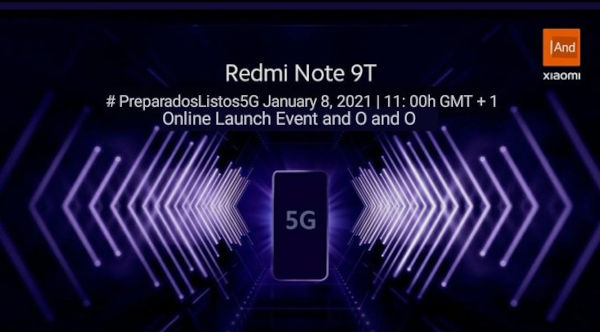 The Redmi Note 9T carries support for 18W fast charging for its 5,000mAh battery. It is fitted with a side-facing fingerprint reader.

Earlier today, Xiaomi Spain released a tweet that confirmed Jan. 8 as the launch date of Redmi Note 9T. The official tweet that was first spotted by tipster Abhishek Yadav is no longer accessible as it has been taken down.

The deleted tweet carried the below-shown poster. It mentioned that the Redmi Note 9T will be breaking cover at 11:00 AM (GMT+1) on Jan. 8 in Spain.

The handset is expected to arrive in Spain as one of the most affordable 5G-ready smartphones. While the tweet has been deleted, the official Twitter handle of Xiaomi global has claimed that the Redmi Note 9T is coming soon.

Samsung Galaxy Fold 2 To Have A Long Notification Display –...