Some phone makers have their own store where users can download apps, wallpapers, themes, and the likes. Samsung is one of such and calls its own store Galaxy Store. 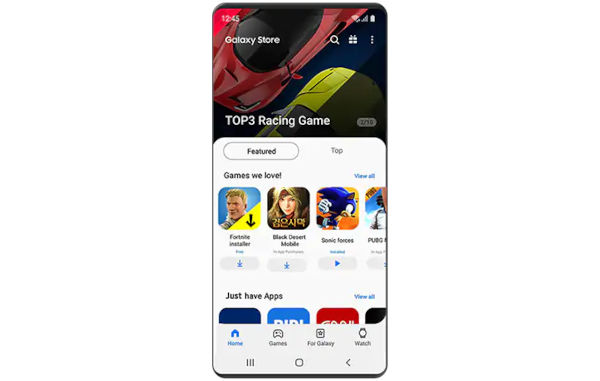 The Galaxy Store contains both paid and free content but the company has sent out a notice to users, informing them that it plans to remove all paid content from the store in select countries.

Samsung says aside removing paid content, it will also do away with apps that have IAPs (in-app purchases) too. The countries where the change will take effect are Albania, Azerbaijan, Bahamas, Bangladesh, Iceland, Moldova, Pakistan, and Uruguay. 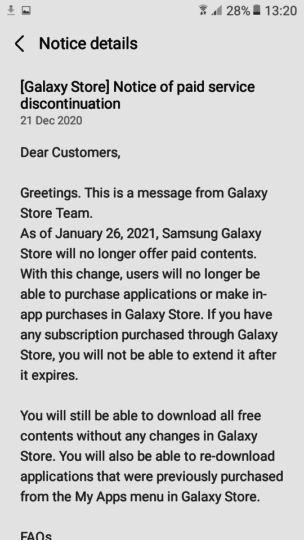 While no reason has been given yet for the decision, SamMobile, believes that the decision may have been influenced by payment policies in the countries rather than of Samsung’s own volition.

The new policy will take effect on January 26, 2021. Those who have an active subscription will not be able to renew it on the store once it expires. However, already bought apps can be re-downloaded at any time from the user’s My Apps menu in the Galaxy Store.

Woman recognizes the man who kidnapped her, describes scar in the...