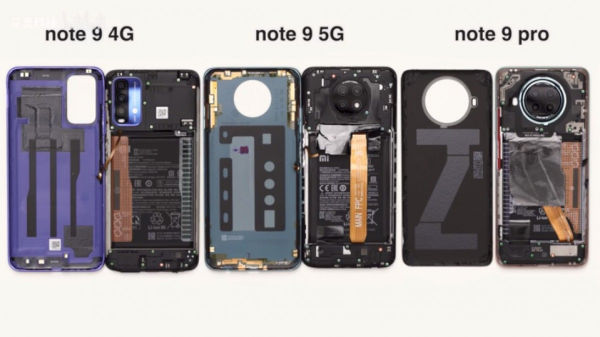 Looking at the camera, the Redmi Note 9 4G has three independent rear sensors, while the 5G version fixes its module on the camera module.Â The chipset and storage are located on the top of the motherboard, covered under the copper foil.Â After removing the copper foil, we can clearly see the situation of the three chipsets. Qualcommâ€™s chipset is located at the right corner of the motherboard, while MediaTekâ€™s chipset is located at the upper right.

On the battery side, theÂ 4G model has the largest battery at 6000 mAh. While the Note 9 5G has a 5000 mAh battery, the Note 9 Pro 5G uses a 4820 mAh. From this disassembly, we can see that there are not many differences between theseÂ devices whether 4G or 5G models. 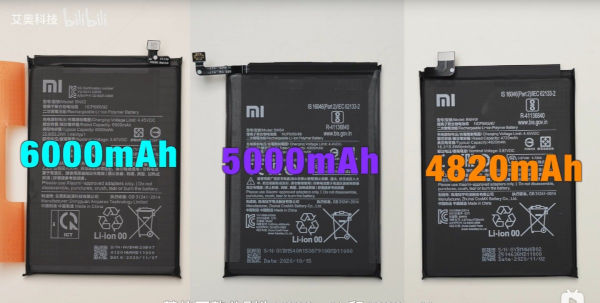 For those who missed the launch specs of the Redmi Note 9 series, here are their specs sheet