Microsoft  now allows Windows 10 users to run Android apps side by side with Windows applications on a PC. It’s part of a new feature in Your Phone available to Windows 10 testers. These apps do not need to be installed, nor do you need to sign into them on your PC.

Instead, if your phone is connected to the Your Phone app, these applications will run natively on your PC as Windows applications. 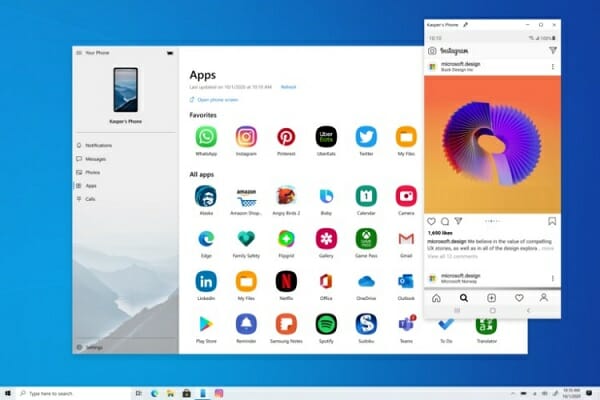 This new Android app support also allows Windows 10 users to multitask with other Windows apps with alt+tab support, and you’ll even be able to pin these Android apps to the Windows 10 taskbar or Start menu.

Requirements Before Using This App

The ability to run multiple apps simultaneously is also not yet available and will be introduced later in 2020. Not all phones currently support “Your Phone app”, you can check out lists of Samsung smartphones that support it here.