Social media sites all began by being a notice board where users can see peopleâ€™s posts when they scroll down. Then Snapchat came up with something to that changed the game with a new format dubbed â€œStoriesâ€. The feature is where handlers posts photos or videos then expires after 24 hours.

Well, LinkedIn is now joining the Stories bandwagon.Â According to the company, they are working on LinkedIn Stories. 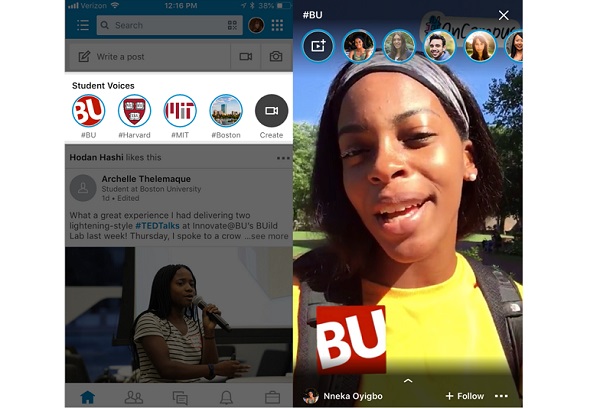 â€œWe are currently testing LinkedIn Stories internally, and we canâ€™t wait to test it with our members in the coming months,â€ Pee Davies, LinkedInâ€™s head of products announced yesterday.

He added that last year, themselves how Stories would look like in a professional context. LinkedIn prides itself as a social network for professionals.

LinkedIn saidÂ that they have learned a lot about the possibilities of having Stories in a â€œprofessional contextÂ â€ the see he sequencing aspect of Stories as a format for sharing key moments from work events or how it can make itÂ easier to identify connections.

The other major point is how an entire generation has grown up with Stories as a conversation. We have peopleÂ that are usedÂ toÂ the full-screen ephemeral format ratherÂ thanÂ the posing updates onÂ the main feed.

It would be interestingÂ to see how LinkedIn Stories will be used b people onÂ the social network.Â The Microsoft owned network has millions of users and it may proveÂ to be a hit. We hope it wonâ€™t be made into a Premium-only feature.

Huawei Set To Replace Google Search Engine With Its Own Search