The Xiaomiâ€™s sub-brand is expected to unveil its new flagship line-up Redmi K30 in few days time. The new series will come in two variants: Redmi K30Â and K30 5G (which could also be referred to as the Redmi K30 Pro), and it is a very much anticipated line-up due to the fact that it will include the first Redmi phones with 5G support.

Here are all the gathered info about their specifications and launch in order to give you a complete glimpse of what these smartphones will be ahead of the official announcement.

Please note that all the details here are not only based on official declarations but also on leaks and rumors, however, all of it comes from reliable sources.

Xiaomi Redmi K30 and K30 5G: Everything We Know 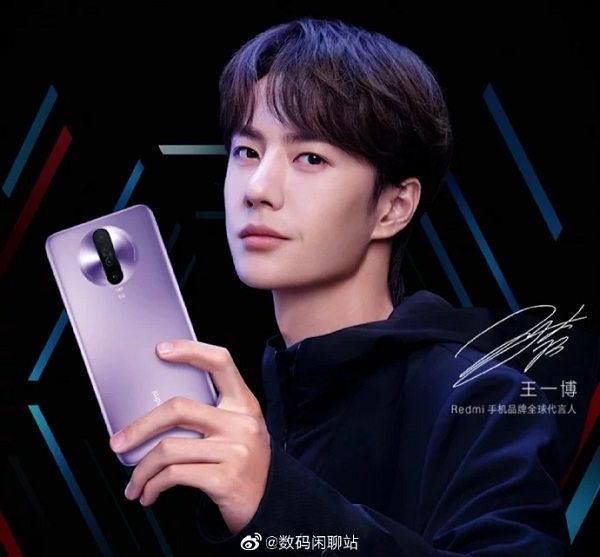 Starting with its design. A lot of official renders have revealed the design of the Redmi K30 in all its glory. The front side will house a punch-hole display with a dual front camera inside so that the bezels will be very narrow even though there will not be a notch. 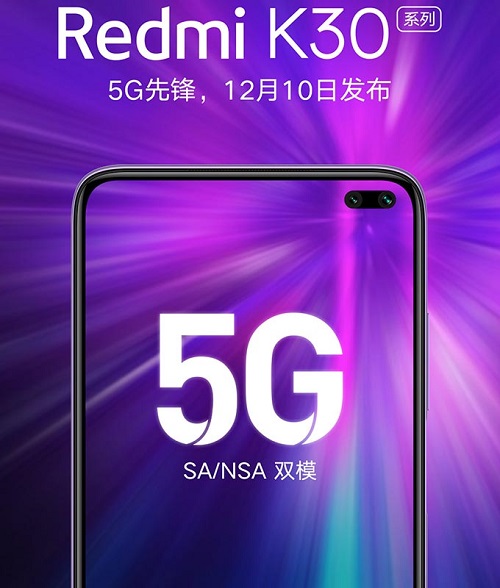 Another official teaser shows us the rear side of the phone with a circular module including four rear cameras arranged vertically. 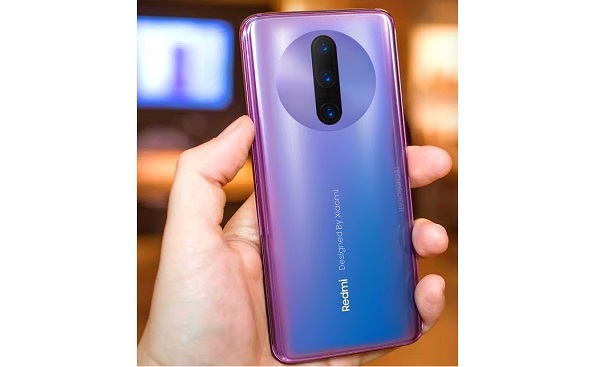 Under the camera module, we can clearly see a dual-LED flash and the word 5G, while the Redmi logo is placed on the inferior part, vertically. On the phone, you will also get NFC, an IR blaster, and a 3.5 mm audio jack.

While the rear cameras are placed vertically, the two front cameras are placed horizontally. The resolution of the display should be Full HD+ with 1080 x 2400 pixels and a 29:9 aspect ratio, while the fingerprint reader will be side-mounted since the display will be LCD. There will also be the Gorilla Glass 5 protection, not the latest Corningâ€™s standard but still sturdy.

As mentioned above, at least one device from the Redmi K30 will carry the support to 5G connectivity, but unlike all the other 5G phones launched until now, the 5G variant will not be powered by a Qualcomm SoC. It will pack the first MediaTekâ€™s 5G chipset with flagship-class specifications. We are talking about the Dimensity 1000 which includes a 5G modem.

The phone will support dual 5G, which means it is compatible with both SA and NSA modes (unlike the Snapdragon X50 modem usually paired with the Snapdragon 855+ that is a single mode 5G modem). So it does not have to rely necessarily on 4G and it can rely on LTE infrastructure if 5G is not completely ready in a certain zone. MediaTek Dimensity 1000 was already tested on AnTuTu benchmarks where it scored an even better result than Qualcomm Snapdragon 855+ and Apple A13 Bionic.

According to rumors, the Redmi K30 will also come in a version with 4G connectivity only packing a less powerful Snapdragon 730G chipset: an advanced version of the SoC found on the predecessor Redmi K20. But according to leaked benchmarks, there will still be a Snapdragon 730 SoC since the GPU appearing in the benchmarks is the Adreno 618.

The base variant of the Redmi K30 will offer 64 GB of internal storage, but there will obviously be higher-end memory configurations. Users will find Android 10 out of the box, customized by MIUI 11.

Besides offering great performance at a probably interesting price, Redmi K30 will also come with a pretty nice camera department. On the rear side, there will be a quad camera including a main Sony IMX686 sensor with a 60 MP resolution, a 13 MP ultrawide sensor, an 8 MP telephoto lens with optical zoom and a 2 MP sensor.

In the display, you will find a dual camera including a 32 MP main sensor for selfies and an additional ToF sensor for 3D facial recognition. But not everyone has the same opinion: according to some rumors, there will be a secondary ultrawide sensor in a similar configuration to the Honor V30 Pro, which makes definitely more sense.

Redmi K30 is expected to house a battery with a capacity ranging from 4500 mAh to 5000 mAh. It will be a very long-lasting battery, similar to the Xiaomi Mi CC9 Pro which recently debuted in the global market under the Xiaomi Mi Note 10 moniker. The battery will support a 27W fast charging technology, not the fastest one but still satisfying. Note that Redmi K20 supports 18W fast charging which is even slower.

Redmi K30 alongside its 5G variant will be officially announced on December 10: the company already confirmed the launch date through an official teaser. The handsets should debut in the Chinese market only since the K series is only meant for Chinese customers. The handset may hit the global market under a different moniker just like happent with the K20 series which debuted globally with the Xiaomi Mi 9T and 9T Pro (the international version of Redmi K20 and K20 Pro).

The starting price of the Redmi K30 is rumored to be Â¥1999 which roughly translates into $285. Note that a lot of info contained in this article comes from rumors, including the price, that is why it is a rumor roundup. So, take everything with a pinch of salt and wait for the official launch in order to know everything for sure about this device.

How Is 5G Radiation Dangerous To Humans? Can It Kill You?

Redmi 7A vs Realme C2: Pick your the Best Entry-Level Smartphone