It’s been more than five months now that Huawei officially unveiled its foldable smartphone â€“ Huawei Mate X at MWC 2019, and we are yet to see it in the market. The device is yet to go through public durability test in order to avoid the overblown media scandal like its Samsung Galaxy Fold rival. In fact, in a recent interview with He Gang, director of Huaweiâ€™s consumer business mobile phone line, the Mate X sounds about as comparably unfinished to the Galaxy Fold and still some time away from sales.

According to He Gang, Huawei is still busy â€œoptimizing/perfectingâ€ the Mate X to meet the companyâ€™s strict quality requirements. He also concedes that this turned out to be a more challenging process than originally anticipated dues to the new design processes and methods involved in crafting the foldable handset. 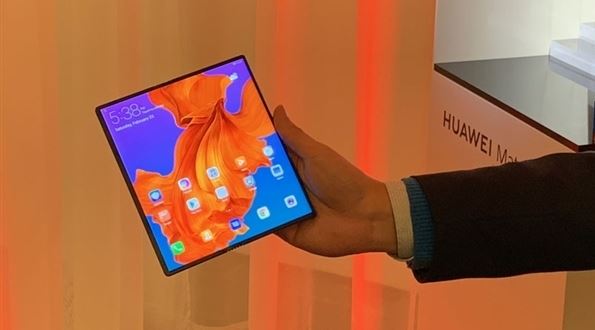 From another point of view, this carefully-worded statement proves reassuring, seeing how it puts the customer and their satisfaction first. On the other hand, it does give off the impression of backpedaling quite a bit on Huawei’s end. It is hardly a secret that the race towards foldable phones culminated in a really rushed manner at this year’s MWC. What followed was a lot of uncertainty, radio silence and what can only be described as damage control and contingency plans for the rushed launches.

Looking at this whole situation unfold it is definitely not inconceivable to think that the two major players are caught up in a cat and mouse game of sorts, analyzing each other’s moves. Shrugging this notion off He Gang said:

We have invested heavily in Mate X. As for when Samsungâ€™s device will hit the market, it is not a key point for us to consider. The key point we consider is to hope that consumers can get this product when they get it. We ensure high-quality products with good consumer experienceâ€¦

After recently being spotted at an airport with his own personal Mate X, Huawei CEO Richard Yu also provided a vague response as to timing on the Mate X launch, saying something along the lines of : “it will have to wait”. All and all, it’s pretty hard to even speculate on launch windows at this point, but its probably safe to say that both foldable phones are still some time away from actual end-user hands.

This Smart Pampers Can Monitors Your Baby’s Sleep and Pee