By Andre Falana On Dec 1, 2017
Share
Join Us On Telegram
Twitter Lite is a mobile app for Android devices that is a lighter
version of the full app. It was developed for low bandwidth connections with
data saving features. The size of the Twitter Lite is just 3MB, thus making
downloads on 2G connections quick and easy. 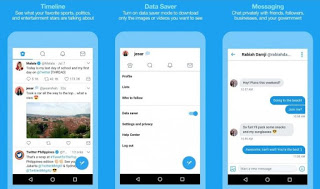 Twitter Lite which is at present only available on Android originated
from a mobile site (lite.twitter.com) and was later converted to an app in
September and launched in Philippines. After some testing and feedback, Twitter
decided to launch it in other countries.
twitter
Share