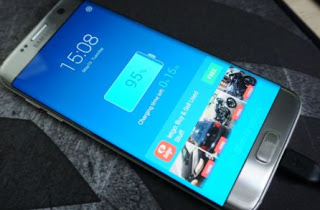 In a rather user-friendly move today, Google has changed its
Play Store policies and no longer allows apps that place obtrusive ads on your
handset’s lock screen. The new change affects all apps whose purpose is any
other from being lockscreens themselves and is detailed in the the developers’
monetization support page. It reads as follows:
“Unless the
exclusive purpose of the app is that of a lockscreen, apps may not introduce
ads or features that monetize the locked display of a device.”
Related Posts

This means that if an app is designed to be a lockscreen
replacement, it’s technically still allowed to show you ads; however, music
players, third-party galleries, and casual games won’t be allowed to do that.
Now what remains to be seen is Google actually becoming the
bad cop and following through on its new guidelines by pulling out apps that
are not compliant with them.
Google | Via
Share