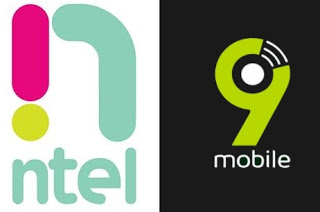 This is one of the wonders of 2017 in the telecom sector of
Nigeria. Though, it’s not a new thing but an interesting news for ntel current
and potential subscribers as they can now roam nationwide. ntel which is the
4G/LTE network begins a national roaming field trial arrangement with 9Mobile.
Is this a sign that ntel will be soon be the owner ofembattled 9mobile? Well, just my imagination.
This collaboration will provide ntel customers to access 3G
and 2G services via 9mobile’s better coverage around the country compare to
Ntel’s. As said earlier, very interesting as most people never saw this one
coming.
ntel says that the agreement reached between the two telcos
will enable ntel subscribers to have the opportunity to make calls on 9Mobile’s
network using any 2G or 3G handset within the specified trial zone.
Both operators have gotten the required regulatory approval
from the Nigerian Communications Commission (NCC) and the national roaming
trial takes off today 1st of December, 2017 till end of February 2018. If
things work out well during the two-month trial period, hopefully subscribers
can expect the arrangement to be firmed up.
ntel runs an advanced mobile 4G/LTE network on the 900/1800
Mhz frequency bands to offer subscribers data, voice, and video services. The
company commenced commercial operations on Friday April 8, 2016.
ALSO READ:  NCC Approves National Roaming Services Test Between MTN, 9mobile

Airtel Family Data Plan: All You Need To Know

Introducing MTN Garabasa Offer: Get 1000% airtime bonus on every recharge

How To Buy MTN Shares In These Simple Steps With As Little As N3,380

9mobile Subscribers Gets New Promo – 9x Offer, How To Activate...