TellForce Blog
Home Leaks/Rumours Leaked Honor V10 Specs: It spots a 5.99-inch 18:9 Display, Kirin 970...
Twitter
Pinterest
Linkedin
ReddIt
WhatsApp
Tumblr
Email
Print
Telegram
Advertisement
Honor, a sub-division of Huawei is expected to launch the
V10 on November 28, in China, and seven days later a universal release is going
to take place in London. The firm disclosed that the hand will trail the trend
of tall 18:9 displays, but thanks to a TENAA listing, now there are more details. 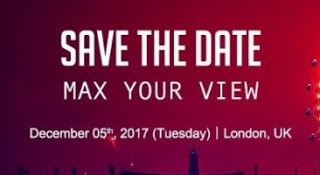 According The Honor V10 is rumoured to come with a price tag
of CNY2,999 or $452.
Source1
Souce2
Join Us On Telegram
ALSO READ:  Honor X20 SE Specifications and Price
Advertisment