By Andre Falana On Nov 9, 2017
Share
Join Us On Telegram
Are ready to release your nude photos on Facebook for a
funny reason but still for your safety? The social media company maintains that
the photos would be for protecting your data in the network.
How It Works? 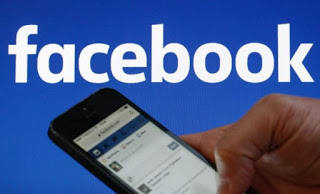 Assuming your malicious ex feels like embarrassing you by
sharing your nude pics on the social media. Facebook claims that it would block
it from making it to the public.
But can one trust Facebook to that level? The tech company
says it won’t store the photos but would rather create a digital footprint so
that its image-matching technology can prevent any future uploading of a copy
of the photograph.
Related Posts

“It would be like
sending yourself your image in email, but obviously this is a much safer,
secure end-to-end way of sending the image without sending it through the
ether,” says Australia’s eSafety commissioner.
This is called Revenge P0rn. Four percent of internet users
have fallen victim to it, and 10 percent of women under 30 have had someone
threaten to post explicit photos of them online against their will, according
to a 2016 study by Data & Society.
Facebook is piloting the program in Australia in partnership
with the country’s Office of the eSafety Commissioner, a government agency
dedicated to online safety. Next, it’ll be tested in the United States, Britain
and Canada, the Times of London reported (What about Africa?).
Well, can you send your nude pictures to Facebook?
facebook
Share