By Andre Falana On Nov 9, 2017
Share
Join Us On Telegram
Where Google appears to have failed, Apple is seriously
making effort to prove that it can succeed. Google failed in its Google Glass
project but Apple is seriously working on how to make its new augmented reality
headset ready for customers by the year 2020. 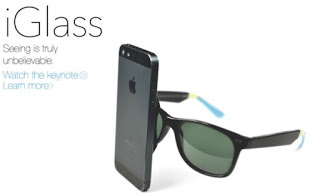 To prove how serious the tech company is, the new headset allegedly
have its own display and processor, different from what Google offers with the
Daydream and Samsung with the Gear VR. And just like the tvOS and watchOS,
Apple would feature a new operating system dubbed rOS, also known as reality
OS.
Apple hasn’t finalized how users will control the headset
and launch apps, but it is investigating touchscreens, Siri voice activation,
and head gestures as it creates prototypes.
Related Posts

Typically, Apple is late to the VR party, but in the words
of Tim Cook:
“We don’t give a rats
about being first”
“We want to be best in
creating people’s experiences. Something that you would see out in the market
anytime soon would not be something that any of us would be satisfied with.”
This development could be a bomb from Apple and wonderful.
What do you think?
Google Glassreality OS
Share

All About MTN Game+ (FAQs)

Envision Partners Google To Provide AI Glasses For The Blind…