By Andre Falana On Nov 8, 2017
Share
Join Us On Telegram
An Isreali based tech firm, a maker of dual-lens camera
technology, Coreophotonics, is taking legal action against Apple. The firm
filed a lawsuit in the US District Court in Northern California, where the
Apple campus is located. 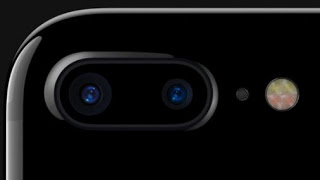 According to the report, Coreophotonics claims that the Cupertino based company is currently
making use of its tech in the iPhone 7 Plus and the iPhone 8 Plus. However, it
did not included iPhone X in the filing, which may actually be due to its late
arrival – launched last Friday.
Related Posts

Elephone U2 – The First All-Screen-Phone With Pop-up…

Galaxy S9: Samsung Shows You How It Started With Camera…

During the 2016 MWC in Barcelona, Coreophotonics show cased
the dual camera technology to the world. It demonstrated how images from the
two sensors could be combined for a more detailed picture, which includes an
optical zoom up to 5x.
In the complaint, the Israeli company claimed they received “many encouraging reports and positive
feedback” from Apple, but were still unable to reach a patent agreement as
expected. Apple purportedly knew about the patents, but their ‘lead negotiator’
said it would take years and several millions of dollars before an agreement is
penned down, a spokesman of Coreophotonics stated.
Apple bought LinX Imaging way back in 2015, another Israeli firm
whose major is developing of multi-aperture camera equipment for mobile
devices. Apple is most expected to apply their technologies in its three
dual-cam devices.
Dual Camera
Share

Boomplay Music bags Africa’s number one App of the year

Galaxy S9: Samsung Shows You How It Started With Camera Phones