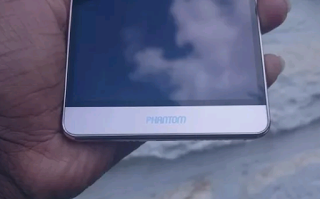 An image claimed to be upcoming TECNO Phantom 8 has leaked. From the image, the alleged Phantom phone is going a beauty in its own class.
According to the render,, the Phantom 8 features a slick, luxury design that “radiates light and has been developed with extreme precision.” Phantom 8’s design is said to exude elite fashion, “so you can be truly proud to take your pocket’s new best friend anywhere you go.”
As regards its design, it’s a metallic unibody slab that has a glass-like texture and apparently shines bright like a Diamond. According to techweez who claimed to have the image of the device with him, the phone dual cameras for 2x zoom and a rear-mounted fingerprint scanner at the back
Related Posts

.
There is also info that Tecno Phantom 8 will be in two variants – a 5.5 inch model and a 6 inch model. Both phones purportedly have the dual cameras, 6GB RAM, Android 7.0 Nougat and a similar design. Their area of differences lies the processor that powers them – the smaller version will be powered by a Helio P25 Octa-Core processor while the bigger variant will be powered by the10nm Helio X30 processor.
Speculations says the smaller Phantom variant may be build with a plastic body and a lower spec’d selfie camera 8MP compared to the whopping 20MP lens on the 6-inch variant.
Well, we will definitely get you more information as time goes on and beside the official unveiling of the Phantom 8 is just around the corner. So stay tuned for more info.
Image credit: techweez
<script async src="https://p