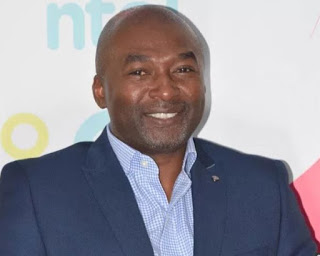 Nigerian operator Ntel has appointed former EE and
Lycamobile executive Ernest Akinlola as its CEO. Akinlola takes over from Kamar
Abass, who resigned in July, apparently because of ill health.
Ntel launched its 4G services in Nigeria in 2016, starting
in Lagos and the capital, Abuja. It grew out of the fixed-line operations of
the bankrupt state operator Nitel, which had a mobile arm, MTel.
Akinlola reportedly spent 10 years of his career in the UK
after qualifying as an accountant. He worked at the then Virgin Mobile – now
Virgin Media – negotiating the pioneering mobile virtual network operator
(MVNO) deal with mobile operator One2One, which was bought by Deutsche Telekom
and renamed T-Mobile.
He was head of MVNO at T-Mobile UK and its successor, EE,
for five years until the end of 2006, when he became chief operating officer of
Lycamobile.

Akinlola moved to Nigeria in 2009 to become marketing and
strategy director of Etisalat’s operation in the country. He’s also worked for
BlackBerry as director of government relations in Nigeria.
Ntel has not announced Akinlola’s appointment on its website
– the most recent report on the media section there dates from June 2017 – but
the appointment was widely covered yesterday in the Nigerian business press.
Akinlola says on his own LinkedIn profile that “Ntel is
Nigeria’s most revolutionary and integrated telecommunications company having
acquired the country’s national fixed and mobile assets from Nitel”.
It offers, he says,
“capacity and dark-fibre on our network of 1,100km metro-fibre ducts across six
major cities and 4,000km of inter-city fibre rights-of-way” and “LTE Advanced
mobile services including VoLTE, high-speed internet access, messaging and
video services.”
He says he is responsible to the board for strategy,
leadership, commercial and network KPIs and the effective management of
stakeholders.
Ntel says on its own website that the company “can be traced to the acquisition of core
telecom assets previously owned by Nigeria’s national fixed and mobile operators
– NiTel/Mtel – by NatCom Development & Investment (NatCom) in a liquidation
process supervised and approved by Nigeria’s Bureau of Public Enterprises and a
court-appointed liquidator.”
Core assets were transferred to NatCom, which trades as
Ntel, in May 2015.
ALSO READ:  Here's The List Of Honor Devices To Get The HarmonyOS Upgrade