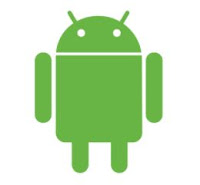 Android Oreo has finally entered the charts. However, the
version 8.0 can only boast of sitting on just 0.2% of all Androids devices out
there. Though, we should be expecting the number to grow to a significant
figure before the close of the end of the year by time variety of flagships get
the update. 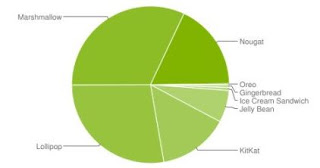 Meanwhile, Lollipop, KitKat and all the other older versions
are gradually shrinking, though very slow but it’s a plus for Google. 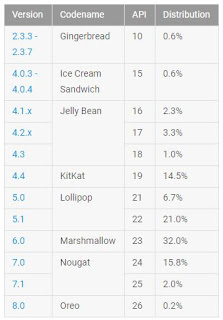 There’s an intensifying crusade among manufacturers to lessen
the modifications they make to Android – HMD as one of them has committed to
updating even its entry-level phones all the way to Android P. Project Treble
will surely also help on this.
Via
Android
Share