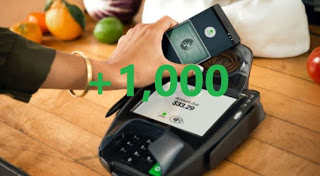 Last time, Tellforceblog reported that Android Pay was
almost reaching about 1,000 mark with some financial institutions. Now, it has
added another 16 financial institutions to its list, exceeding the 1,000 mark,
now standing at 1,012.
The Google service is adding banks, retailers and
institutions in the US, UK, Canada, Russia, Belgium, Japan, New Zealand,
Singapore, Australia, Poland, Hong Kong, Taiwan and Ireland.
The ever growing list of supported businesses (and
countries) still has some big names missing, for example Barclays Bank in the
UK. Thus far Apple has been more active in adding support for its Apple Pay
than Google has been with Android Pay.
Below are the latest additions to the service eligibility
list. To see the complete list, go to the source link.
Related Posts