Photos: The evolution of Apple iPhone 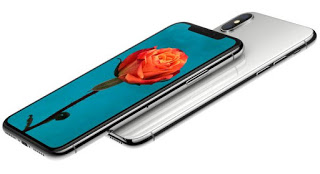 Why do we have iPhone X? Simple, we are celebrating 10 years
of iPhone’s existence. 10 years ago, Steve Jobs announced a mysterious 3-in-1
device that no one could fully foresee: the novel Apple iPhone.

And it has never stopped changing since inception, infact it
has continued changing every year. iPhone has always been seen as a pacesetter
even when some phone manufacturer tends to produce better devices.
Related Posts

The base that was created back then was a concrete one that make
sure every iPhone would provide solid smooth performance and arrives with a set
of functionalities that would make it exceptional.  This begins with the operating sysem – iOS – and
finishing with the tiny details such as the handy mute button on every iPhone.
With the 10-anniversary iPhone recently launched a couple of
weeks ago and two latest iPhones already on shelves, we are going to take a
little glance at the past from where the innovation started from in 2007.
Now, Join the bus with us and let’s go for a ride: