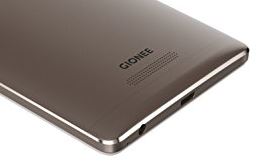 Gionee is the latest tech company joining the train of
edge-to-edge display screens. The device that was previously revealed on
GFXBench could be the Gionee M7 that was teased at the China based company’s
official Weibo account.
Gionee is joining forces with Ofo, a bike-sharing start-up
from Beijing, in debut of the M7. The image reveals two bike wheels and their
arrangement suggested a dual-camera setup for the Gionee M7.
If the phone is the same as the listing, then it might have
a 6” screen and MediaTek MT6757CD chipset. The RAM will be 4 GB and storage 64
gigs. 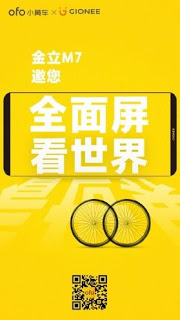 For us to be sure, we will need to wait for Gionee to announce
official launch date for the smartphone.
Source
(Translated)
ALSO READ:  Motorola's foldable RAZR 2019 Phone Finally Gets Launch Date
Advertisment

Reports Says iPhone 13 Will Use Soft Batteries For The First...

Samsung Galaxy S11 Will Use The 2nd-gen 108MP Sensor