By Andre Falana On Aug 12, 2017
Share
Join Us On Telegram
Twitter Night Mode became reality few months ago, and it has
become wildly used by people who take their smartphones to bed at night. Though,
this feature for desktop version had not been available for a while, mostly
because people prefer using their phones in bed to their desktops. 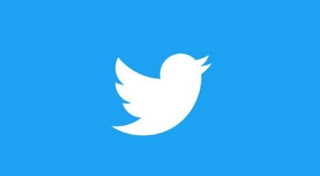 So, if you are the type who uses his/her laptop in bed, then
Twitter Night Mode could be coming to you soon. Already it has been spotted by
a number of users. This feature is likely to be extremely welcome, enabling a
more relaxing experience as you scroll through your timeline and tweet at your
followers before going to sleep.
Twitter has not made an official announcement concerning
this feature. However, some users have seen the option when they are logged in
to their account.
How To Check
Related Posts

To check if you are one of these lucky ones, click on your
profile image on the top right corner of your screen, then see if the option
shows at the bottom of the drop-down list that appears. 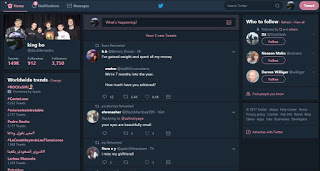 Twitter Night Mode is ideal for a deliberately darkened
workplace, or evenings, when you probably prefer less light to help you fall
asleep faster. The feature is a lot easier on the ees, transforming all the
white space into a mainly dark blue interface, and the text color switches from
black to white.
Now, bright lights always seem a lot brighter at night, and
this makes users tamper with their brightness settings of their devices, which
is not always the best.
Twitter introduced its Night Mode for iOS and Android last
year, so the fact that it’s now testing the same feature for its desktop site
should not come as a surprise. However, one might be tempted to ask why it has
taken so long to happen. In the meantime, if you find out that you are not part
of the test group, you can still get the dark-display option on your desktop.
The Chrome Web Store has some extensions that offer the same
effect, as does Firefox.
twitter
Share

You can now perform medical diagnosis with your smartphone