Video: Samsung recruiting talents and experts with battery knowledge in USA and Europe

By Andre Falana On Jul 10, 2017
Share
Join Us On Telegram
It appears up till this moment, Samsung Electronics is still
biting its finger on its Galaxy Note 7 fiasco that happened last year. It was
actually a good thing for consumers who were not affected 2016 because they are
now getting a real premium product that had gone through different thorough
test before being released. It was a great blunder from the tech company and
they seriously paid for it. 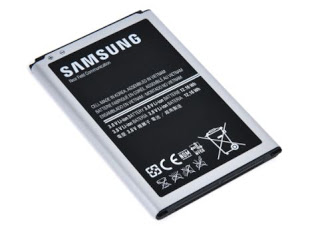 Sammy had taken better step to ensure at least 99% safety of
their buyers. Following the implementation of the 8 step battery testing
procedure and building a separate team which supervises the whole process of
designing, producing, and inspecting parts, Samsung is about to recruit some
talent that have little or more knowledge about power cells.

According to Investor’s report, Samsung is seriously looking
for battery experts across the United States and Europe. It also reported that
candidates must have a master’s or doctorate’s degree in battery science, with specialization
in cell development and battery materials.
Apparently, Samsung had already interviews some candidates
which was conducted by the company’s HR executive in the US, however no additional
details were given.
Aside improving safety measures, the South Korean is also
interested in producing next-gen solid-state batteries itself. The key benefits
of solid-state power cells are said to be resistance to catching fire, and
better energy density compared to current Li-ion batteries.
Source
galaxy s8
Share