By Andre Falana On Jul 6, 2017
Share
Join Us On Telegram
Etisalat has yet again introduced added another set of data plans to its existing ones dubbed dubbed BlazeOn. It is a time-based data plan for unlimited browsing and downloading.

This what we call data revolution from the network and is a welcome development, all in a bid to pull back its long lost customers to the network.
ALSO READ: How to get 750MB for just N200 on Etisalat network
With the notion among most internet users in the country, Etisalat network is one of the fastest network providers in Nigeria, so unlimited downloading on with this new platform would be a great idea. 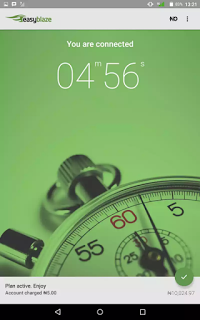 It would be recall that Airtel Nigeria was the first to launch the timely-based data plans way back in 2015 and most of its subscribers welcomed the idea. One could download unlimited files with any of these plans within an hour for just N180, even though the Airtel timely-based data plans later became a no go area for subscribers due to price increase by the network.
Related Posts

Etisalat timely-base data plans can be purchased via an app called BlazeOn, powered by Comptel’s FWD solution.
According to Etisalat “Most Internet users in Nigeria don’t know how much mobile data they consume while browsing or streaming”, hence a reason for the launch of BlazeOn. Below are the tariffs.
ETISALAT BLAZEON DATA PLANS 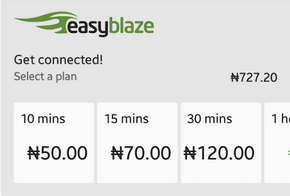 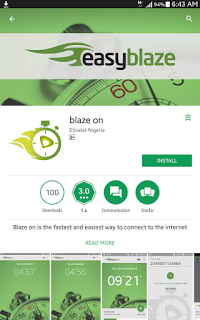 Simply download BlazeOn App from google playstore. Follow the prompt by setting up the app. You will get a tutorial on how to use the app after installation. 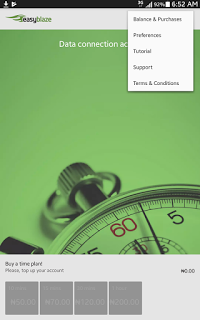 How to get 750MB for just N200 on Etisalat network

Elon Musk’s STARLINK approved by Nigeria, to battle with MTN, Glo, others

Elon Musk’s STARLINK approved by Nigeria, to battle with…