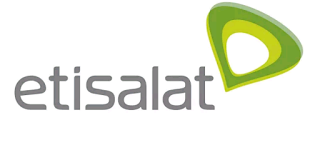 Last time on Etisalat data plans, Tellforceblog showed you how to get 1 GB with just N200  from Etisalat network and the validity period is 3 days. Now, Etisalat which is known to be a bit economical with their data cap appears to be letting go some as they are pushing more to regain their lost customers. is still up with their game in getting their lost subscribers back to them.
ALSO READ: How to activate Etisalat 1GB data with just N200
Just few days, the network service provider which had recently been taken over by Access banks and co launched a new offer called Etisalat MissETmissOut that gives you N4,000 bonus upon successful recharge of N200. Globacom Nigeria also announced similar product with a huge and tempting N6,000 credit after dusting, picking up and by recharging your long forgotten Glo line.
ALSO READ: Subscribers happy again as Glo introduce Free Data Day, Welcome Back Offer

This is neither a cheat nor tweak, It’s legal and a call by Etisalat for you to come back to the network.
To get 750mb for N200 on Etisalat, dust that your Etisalat SIM you dumped for ages and insert it in any of your phone, recharge just N200 Naira. There you are.
Note: Offer is just for Etisalat SIM cards that are out of service for at least a month.
You can read more on Latest Etisalat Data Plan.
Join Us On Telegram
ALSO READ:  Airtel, GLO, 9mobile To Be Listed On NSE Soon — NCC
Advertisment