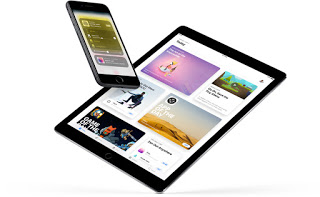 One of the reasons why I love Apple devices is the consistent release of firmware update. You cannot take that away from Apple.
The iOS 11 is coming with alot of enhanced packages loaded on the truck, coming in the fall of this year, 2017, appears to be landing at the sametime with the launch of the next iPhone models.
This leads us to the iPhone and iPad models to put this new cloth called iOS 11.  Тhe full list of iDevices compactible with the latest iOS 11 update starts from iPhone 5s to the newer iPhones, for tablets, it starts from iPad 2 mini and newer versions. All iPad Air and iPad Pro tablets would also enjoy this new update.
Below is the list of the iDevices gotten from thee Apple’s site:

Apple iOS 13 will be available on September 19, iPadOS and…

One of the interesting side to this development is that the iPhone 5s which was a model launched back in 2013 – four years agoe is amazingly going to get the taste of the to new OS too. I don’t think Android devices get such treatments, the best you get is 2 years old phones. Though iPhone 5 and the iPhone 5C are not going to get iOS 11, so sorry if you’re still sticking to one of those, guess it is time to consider moving to another level.
Kindly note that not all iOS 11 features will be available on the above listed devices and in some locations too. For example, the latest announced person to person payments and Apple Pay Cash will only be available in the United States on iPhone SE, iPhone 6 or later, iPad Pro, iPad (5th generation), iPad Air 2, iPad mini 3 or later, and Apple Watch.
Source: Apple
iOS 11OS
Share