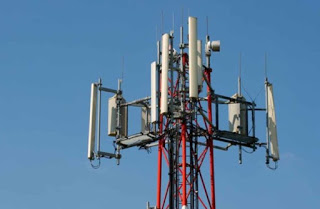 The Association of Licensed Telecommunications Operators of Nigeria (ALTON) says about 21 telecommunications operators in the country have closed their shops within the last 10 years.
This revelation was made by the ALTON Chairman, Engr. Gbenga Adebayo during the ”Broadband Summit 2017”, which was organised by BusinessDay Media Ltd., on Friday in Lagos State.
Adebayo said that the operators businesses got closed due to the economic and operational challenges encountered by the industry.
The ALTON Chairman noted that the association had 35 members in 2006, but reduced to just 14 between 2007 and today.
Related Posts

Adebayo warned that if this menace persists, more service providers may go down before the close of this year. He said that the service providers that had their shop closed in Nigerian telecommunications space includes Starcomms, Starcomms and O’Net.

He said: “The economic challenges include poor power generation, multiple taxation, exorbitant Right of Way levies, insecurity and over-regulation among others.“The operational issues are anti-competition and lack of fund to roll out.”

Adebayo stated that the cost of acquiring the Right of Way was over 60% of the total amount of setting the infrastructure.
He also lamented the increase in rate of vandalizations as within the last five months, the surviving telecom operators has lost over 20,000 batteries to criminals at their base stations.
According to him, some of these stolen batteries were sold to inverters operators within the country, base on gathered reports.
Adebayo beseeched the government at all levels to protect the industry because of its immense contribution to the economy of country.