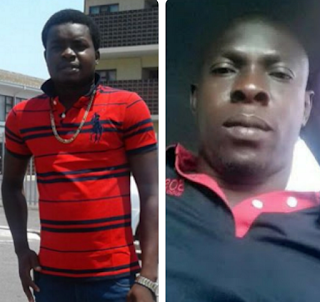 Two Nigerian men, 42-year-old Ernest Ughakwesili, and 26-year-old Chimezie Oranusi, both hailed from Anambra state, have been killed by some unknown gunmen in South Africa.

It was gathered that the Nigerians were killed in Western Cape province in South Africa. Ernest was allegedly shot at close range at a night club in Strand, Cape Town on Sunday May 7, 2017.

He was quickly moved to the hospital where he was confirmed dead on arrival. 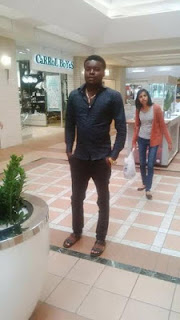 Chima who was just 26 was killed too by gun shot in a car which belong to his South African friend, at the Delst area of Cape Town. The 26-year-old Nigerian died on the spot while his friend was moved to the intensive care in a hospital due to his critical condition. 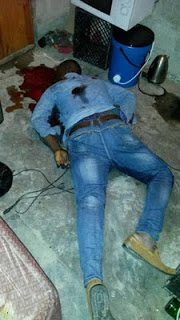 Meanwhile friends of the deceased men took to social media to pay tribute. A friend of Ernest, Mrfive Okeke, wrote the below on his

“The only eyes of his mother,Ernest left the shores of Nigeria for a greener pasture in south Africa.His crime was his struggles to survive..

“Now he is cold dead..shot by the same people we fought for their independence.. Oscar, as he was popularly called was not only an indigene of Nkpor, he was a family,my little brother’s best man.what a great lost..I feel deeply pained in my heart.nothing is as bad as being hated in your country and outside your country. May the soul of Oscar rest in peace..I pray his aged mother survives shock”. 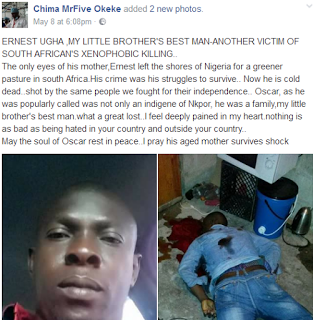 Survey reveals that words like Idiot, Incompetent and Liar comes to people’s mind when the think of Trump