By Andre Falana On Apr 28, 2017
Share
Join Us On Telegram
Related Posts

Only God can tell when Apostle Johnson Suleman and Stephanie Otobo’s issue will end. 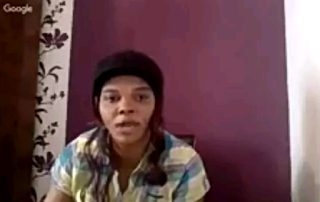 Again, a prophetess who called herself Princess has shared some revelations she claimed to have been from God, about some men of God, specifically Apostle Johnson Suleman of Omega Fire Ministry.

The young lady who released this revelations via youtube, says Apostle Suleman has committed alot of atrocities over the past one month.
She said God told that (in her words):

“Apostle Suleman is not a true servant of God and he is not working for him”
“On the 28th of March, 2017, I princess saw myself in a revelation when I was about to put on a gas cooker. And suddenly I saw a woman, then she introduced herself as Suleman’s wife.
“She told me Suleman wants to pray for me and that I should come with an anointing oil. My response was OK.
“When I went for the prayers, I saw Suleman in a stadium, with creatures surrounding him, these are demons in human form holding weapons.
“I looked at my left and saw a group of Satanic agents in the revelation. I looked at my back and saw thousands of them already prepared for war to fight me.
“Then I started praying. A hand from heaven came down and lifted me up.
“When I looked down, all the demons were fighting and killed themselves in the process.
“Later I heard a voice from heaven saying the Pastor and all of them have been killed.
“On the 30 of March, the Lord revealed Suleman Johnson’s atrocities to me. He showed me what his members and the world do not know about Suleman Johnson.
“God also showed me that Stephanie Otobo’s mother has been killed spiritually. She was killed the day she entered Suleman Johnson’s church.
“I saw Suleman’s hands and God told me that he and his wife are no longer living together spiritually, in as much as they are living together physically, their marriage vow has been broken.
“Suleman has killed so many people in order to obtain more power and influence in the society. God said Suleman Johnson is not a true servant of God, and he is not working for him. That he does not know him and he has a master called Satan.
“God told me that Apostle Suleman’s gifts to the people and members of his church have a spiritual effect on them.
“He told that the gifts are used in an exchange of the people’s destiny.
“He said people receiving gifts from Suleman Johnson are spiritually dead. They are initiated into a satanic occult kingdom. All his members are spiritually dead.
“All his members are all living corpse. They are now demons.
“Suleman Johnson helps the families of those he killed for ritual purposes and they will never suspect him.

The prophetess further stated that if Apostle Suleman does not repent of his atrocities,

“God will disgrace him in a way that he will not see it coming.”

Watch the Video below:

T.B Joshua is an impostor, controlled by malevolent misanthropic spirit –…

IGP, MTN, Forensic experts and others summoned to court on…