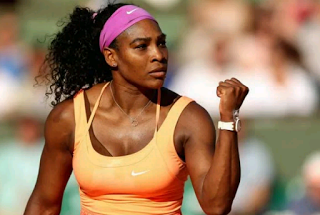 A politician from Australian has called on Serena Williams to return the grand slam title or should be stripped of the title which she won recently in her pregnancy because, the fetus is a person and as such can be counted as a partner.

Reverend Fred Nile MP, who alleged ‘foetal personhood’, said that continuation of Serena playing tennis with another living being in her body means she has an unfairly advantage over others.
He screamed at the DAY OF THE UNBORN CHILD protest, saying; “She was playing doubles in a singles tournament!

“I believe that ‘life at conception’ should be the law, and that clearly means two people won the Grand Slam. That’s clearly against the rules!”

However, most people who heard his view disagreed with him and insisted that pregnancy is a sporting advantage and maintained that Nile’s statement simply shows his ignorance to the realities pregnant people are facing.
Grantson said: “Serena Williams was in control of her own body during the Grand Slam tournament, and as such has the right to her title, and the right, always, to bodily autonomy.

“Williams, like all people, has the right to choose what she does with her body: whether that be powerful backhands, and/or be pregnant.”

This came up at a critical period in New South Wales legislation. Greens MP Mehreen Faruqi’s End12 Campaign hopes to make it legal for world class athletes to choose whether or not they are pregnant.
NewsSerena WilliamsSportTennis
Share