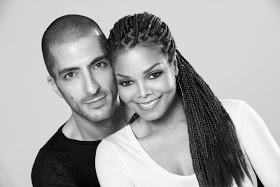 Janet Jackson has allegedly divorced her multi-millionaire husband, who is a Qatari business Tycoon, Wissam Al Mana. This comes barely 3 months after putting to bed which produced her first child at a wonderful age 50, according to Daily Mail.

Janet Jackson got married to her husband in 2012, in a quiet but glamourous wedding and gave birth to their first child, a son, in Jan 2017, named Eissa.

Rumours had it that they were no longer together during the period she gave birth to her first child as she was seen in public without her wedding ring but the story was later dismissed as it was just mere speculation.

A source closed to the singer, had on Friday, disclosed that they have split and no longer together. 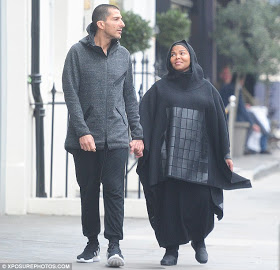 According to Daily Mail, the source said: “Sadly, Janet and Wissam have decided that it wasn’t working and to go their separate ways.


“They’re both busy people but determined to be good parents, even if they’re apart. It’s amicable and Eissa will stay with his mother, who is basing herself in London.”


It was reported last week, by an entertainment online media outfit, how the pop-star’s “soon to be” ex-husband, Al Mana had helped her settle down as as a devoted wife and mother, pushing her fame aside.

Their divorce settlement could be complicated one and very expensive due to the worth of the 42-year-old Al Mana, the CEO of the multinational Al Mana business conglomerate. Al Mana is estimated to worth around £800million, which is at least four times Ms Jackson’s fortunes.

Janet Jackson was briefly married to a fellow singer, James DeBarge in 1984 but divorced each other the following year. The second husband was Rene Elizondo, who was a Mexican backup dancer.