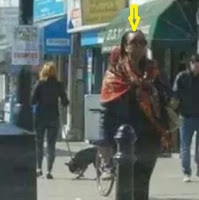 Recall that in 2015, Diezani Alison-Madueke, who is a former
minister of petroleum, was reported to have been diagnosed with cancer and needed
urgent medical attention.
It was also reported that lots of expensive and luxurious assets
allegedly belonging to the beleaguered Alison-Madueke were confiscated by the
Economic and Financial Crimes Commission, EFCC.

United Kingdom has launched investigations into the
corruption allegations against the former minister, where she is set to face her
trial soon.
Related Posts

Although her hearing will commence in two month time, the
woman who appeared to have gone underground and self-exile in the last few
months, has suddenly resurfaced on the street of London.
The embattled Diezani Alison-Madueke was seen walking through the streets of London in UK. According to the picture in the post, Diezani
appeared hale and hearty and like the usual lady Nigerians and world knows her
to be. 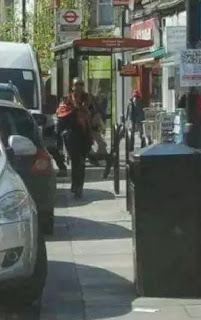 Diezani’s trial with four other people, including her
brothers are set to face corruption charges which will start in London in June,
2017.
corruptionDiezaniEFCCNewsUK
Share