A 16-year-old boy, Obinna Iwuoha, has been allegedly shot dead by a trigger happy police Sergeant, Wilson Ufere on Thursday, March 23, at the unpopular “Ugwu Omiri Lawyer” on Anara – Umuahia expressway in the okohia community in the Isiala Mbano Local Government, Imo State. 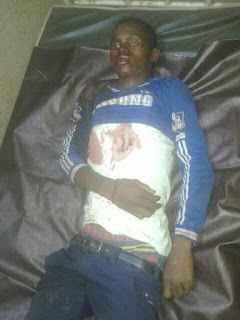 The policeman allegedly went berserk by mudering the teenage boy while three others people went in coma, due to the injuries they sustained from the bullets he fired at them. 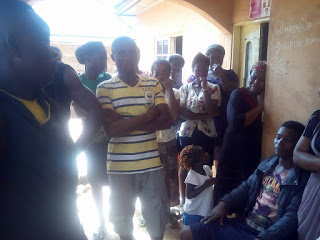 Reports gathered said that the terrible incident happened when youths, mainly teenagers who were in a rally for their church crusade which was scheduled to commence today, March 25, 2017, had a flat tyre, at “Ukwu Omiri lawyer”, which is a stone throw from where some police men were on a road duty. 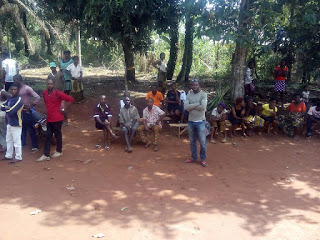 One of the police officers maintained that the youths must remove their vehicle from the place, but the youths of Emmanuel Healing Power Ministry Incorporated, Uguiri, told the officers that they were unable to move a vehicle with a flat tyre. 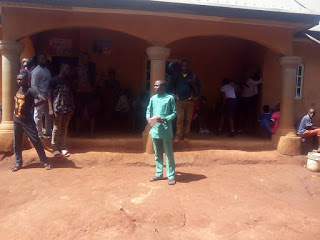 An argument allegedly ensued between one of the police men and the driver, made the police officer allegedly slapped him consistently, up to three times.

Ufere, who was on the other side of the road and does not have any part in the argument, emerged from nowhere, shot at the young men at a close range, killing one of them while three others lost their consciousness.

Meanwhile, villagers have gathered at the residence of the late Obinna to mourn his death.