Last year, a concept phone from Infinix with a 160W fast charging system was tested. The company has continued working on battery tech since then and has pushed the charge rate even higher. Below is a quick teaser video posted by CEO Benjamin Jiang. 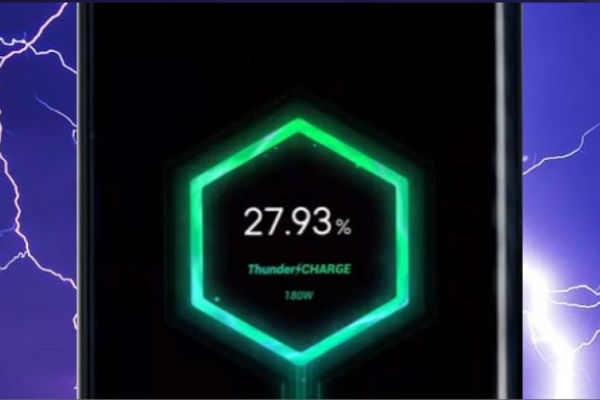 Infinix calls the new system “Thunder Charge” and based on the onscreen label, it has a peak power rating of 180W. The clip is only around 10 seconds long but the battery indicator goes up by nearly a full percentage point.

How fast is Thunder Charge?

The fastness is yet to be known. However, the goal for last year’s 160W system was to completely charge a 4,000mAh battery in just 10 minutes.

While the company is yet to released a retail device with 160W charging yet, it did launch the Infinix Note 12 VIP with 120W charging. It has a slightly larger battery capacity, 4,500mAh, and the official time for a 0-100% charge is 17 minutes.

The 2021 concept phone wasn’t just about the charging, it also had a color-changing film on the back and an electroluminescent film that could be used for notifications. There could be more to this new device as well, so stay tuned for more updates.