MediaTek has announced through its official Weibo account that it would be unveiling a new Dimensity product tomorrow. While the model was unmentioned, it is most likely the Dimensity 8100 chip that has been the source of much discussion and leaks for the past few weeks. 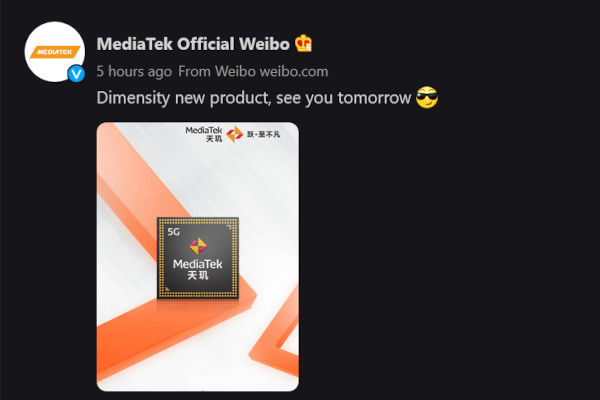 Further, notable industry insider Digital Chat Station a couple of days back had tipped the processor’s specifications, speculating that it will be making its debut through a Redmi device next month. 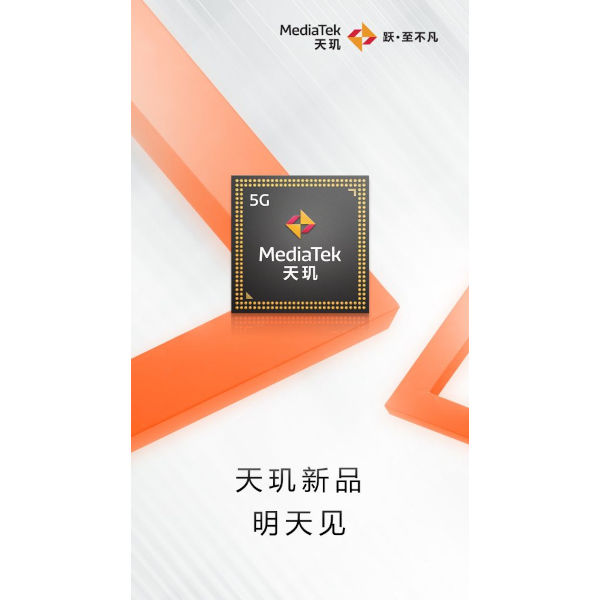 The same tipster had also revealed performance benchmarks of the 8100. With scores passing the 800,000 mark in AnTuTu, the chip sits in last year’s Qualcomm flagship Snapdragon 888’s league comfortably.

Previous reports had shown that the MediaTek Dimensity 8100 adopts TSMC’s 5nm manufacturing process and comprises 4x 2.85GHz Cortex-A78 cores and 4x 2.0GHz Cortex-A55 cores. The CPU is paired with the Mali-G610 MC6 GPU for graphics and comes with 4MB of L3 cache. Support for LPDDR5 RAM and UFS 3.1 storage is also present.

The first phone expected to use the Dimensity 8100 will be a Redmi – most likely a performance-focused mid-ranger. It will be joined by another offering from realme around the same time, following which the processor will gain wider adoption.

Samsung could use MediaTek SoC in Galaxy S23 series, Galaxy…