Following its announcement of its plans to hit the crypto-mining market with its first blockchain chipset earlier this month, Intel has now announced its first Bitcoin mining chip called Bonanza Mine BMZ1 ASIC at the ongoing International Solid-State Circuits Conference (ISSCC) 2022 event. 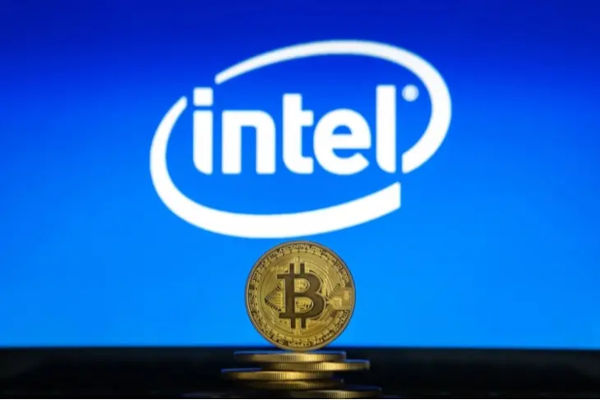 The chipset is the first generation SoC under the “blockchain accelerator” line. Alongside this, the company announced a Bonanza Mine System, powered by the Bonanza Mine chipsets, as well.

The Intel Bonanza Mine BMZ1 ASIC SoC is a 7nm chipset and can deliver up to 137 Giga HASHes/ second (GH/s) while consuming 7.5W of power. Although Intel claims its blockchain accelerators can allow for power-efficient mining operations, the BMZ1 chipset faces tough competition from other market leaders like MicroBT and Bitmain.

Along with this, Intel also announced the Bonanza Mine System, consisting of 300 BMZ1 chipsets, four hash boards, an Intel FPGA control unit, 4 fans, and a programmable power supply unit (PSU). This ready-to-run Bitcoin-mining computer can deliver up to 40 Tera HASHes/second (TH/s) mining performance while consuming 3,600W of power. 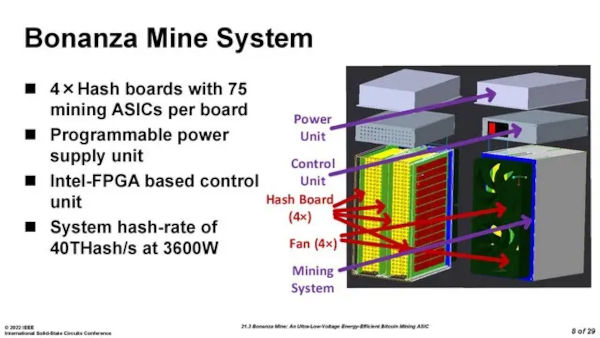 Although it sounds like a good choice for small miners, the performance of the Bonanza Mine System is average as compared to rivals like Bitmain’s Antminer S19 XP unit, which can deliver up to 140 TH/s of mining performance.

Intel also said that the second-generation Bonanza Mine BMZ2 ASIC chipset is also ready for shipping, which can reportedly deliver 40.4 GH/s of mining performance. In fact, the company says that it has already started shipping the BMZ2 chipsets to clients like GRIID Infrastructure and Jack Dorsey’s Block, previously known as Square.

With the BMZ-series ASIC chipset and the Bonanza Mine System, Intel aims to establish its presence in the booming crypto-mining sector.

Twitter is testing “Leave This Conversation” feature, to untag yourself from a threads