With the value ofÂ cryptocurrencies such Bitcoin hitting all-time highs despite the current global crisis, crypto miners are hoarding high-end graphics cards to build their mining rigs. So, if you are struggling to get the latest Nvidia RTX 3080 series cards, just know that it’s a guy from Las Vegas that bought 78 of them to build his dedicated rig for mining cryptocurrencies. 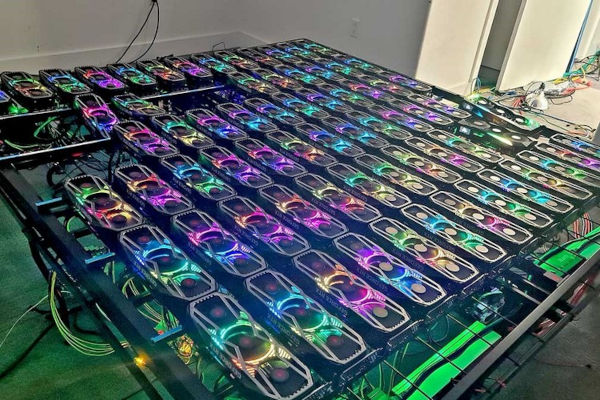 So, according to recent reports, the Las Vegas man named Simon Byrne bought almost 80 Nvidia RTX 3080 graphics cardsÂ to build the ultimate crypto-mining rig. Byrne shared some pictures of his setup, named â€œBerta 2â€ (â€œBertaâ€ was Byrneâ€™s first crypto-mining rig), online and it spread around the internet in no time.

In these pictures, one can see the array of GPUs set up on a massive, probably custom-made surface. He even installed RGB lighting for each of the RTX 3080 cards to add a little flair to his rig.

Now, as you can imagine, building a rig like this calls for huge capital investment. Apart from the RTX 3080 cards,Â the setup also uses numerous GeForce GTX 1080 Ti cardsÂ (a combined total of 143 GPUs)Â to aid the mining process. So, considering the price of each RTX 3080 card being $699, the man spent over $100,000 to successfully set up the rig. 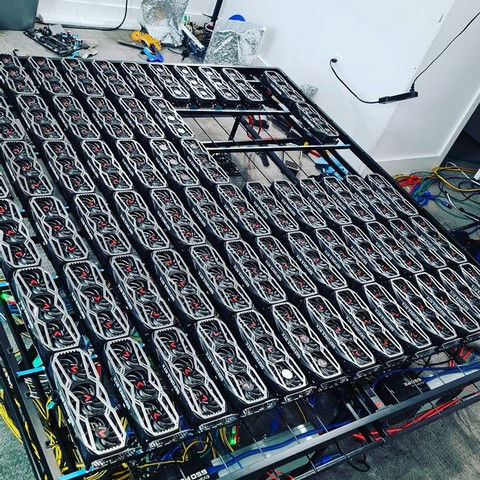 PHowever, an investment that huge does not seem to be an issue for Byrne as he reported that he got the return on his initial capital after only two months of mining. Moreover, apart from the additional cost of electricity and maintenance of the rig, the man says that he earns almost $900 (â‚¦356,702) a day, which means $27,000 (â‚¦10,701,056) a month.