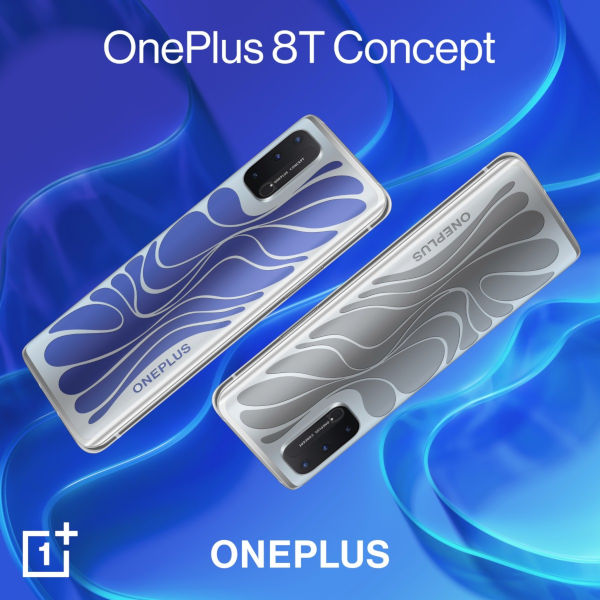 With the OnePlus 8T concept phone, â€œOnePlus team is building further on our first concept technology to unlock even more potential benefit for future smartphone users,â€Â reads the official press release. Instead of just the camera glass, the company has now expanded the electrochromic glass technology to the entire back.

You can see a wavy pattern that covers the entirety of the rear panel. The pattern has beenÂ backed by a color-changing filmÂ that contains metal oxide, with the valence state of the metal ions varying based on the voltage. This means the patternÂ changes color from a dark blue shade to light silverÂ when the metal oxide activates. Itâ€™s called ECMF (Electronic Color, Material & Finish) and even the OnePlus logo utilizes the same.

Hereâ€™s what the pattern looks like when it alternates between blue and silver. It seems like a breathing light effect and I like it quite a lot.

Now, you may have two questions â€“ why did OnePlus choose a wavy pattern instead of simply converting the entire back panel into electrochromic glass? Well, OnePlus aims to amalgamate art and technology into its products. And the color-shifting back panel of the OnePlus 8T Concept Phone has been inspired byÂ â€œthe multi-hued flowing water in the hot springs of Pamukkale, Turkey.â€

The second important question is â€“ whatâ€™s the use of the electrochromic glass back? It would merely be a fancy color-changing pattern if not for the mmWave-based reactive sensing technology also present aboard the OnePlus 8T concept phone.

The rectangular camera system on the rear now includes aÂ mmWave radar module. It transmits and receives electromagnetic waves. The received signals are processed by the CPU and DSP, whichÂ enables the OnePlus 8T concept phone to â€œperceive, image, locate, and track objects.â€ 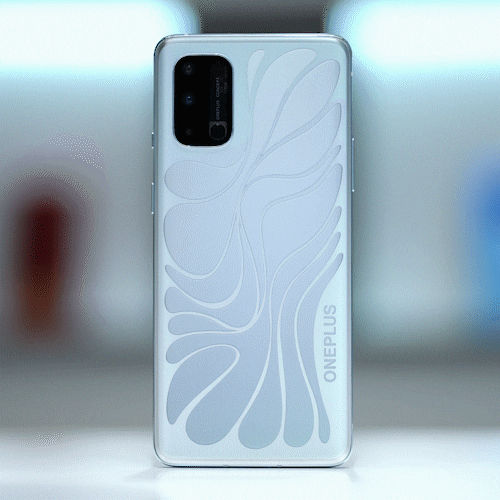 OnePlus has combined the color-shifting back panel and mmWave sensing technology to offer two amazing features on the OnePlus 8T concept phone. One, as you can guess, is touchless notifications. The back panel flashes in blue and silver when you receive a call. The mmWave module enables gestures in this case. You can simply wave a hand over the camera module to reject the call.

The second use of this technology is rather unique. You can alsoÂ turn this concept phone into a breathing monitor. Just stand behind the phone and the mmWave module will record your breathing. You can see the counter update on your screen in real-time, along with the color-changing back that serves as a biofeedback device. You can see how this works in the video below:

OnePlus 8T Concept has been developed by the new OnePlus GaudÃ­ team, which was set up after the unveiling of the OnePlus Concept One. This team of 39 designers, who are based out of Shenzhen, Taipei, New York, and India, works towards bringing more natural and interactive elements to the design and software of OnePlus products.

The OnePlus 8T Concept may be a little flashy for some, but I quite like it. With bezel-less screens, the notification LED has gone extinct. You can install apps to turn punch-holes or edges into notification indicators. But, OnePlus is taking a hardware-focused approach to this shortcoming while also adding more features into the mix. This is only a concept, so donâ€™t expect this OnePlus 8T variant to go on sale in the near future.