World most-used cross platform instant messenger, WhatsApp is preparing a new feature called “Read Later”, which will be implemented as a replacement for Archived Chats. 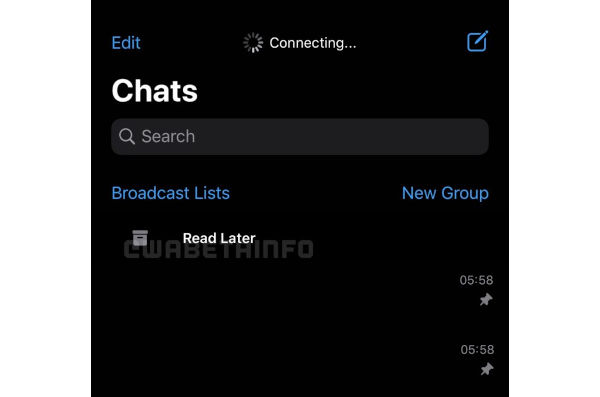 The new feature “Read Later” is an improved version of “Archived Chats”, which is currently being tested on the beta version of WhatsApp for iOS, according to WABetaInfo. It is available to try out through the Apple TestFlight beta program.

This new Read Later feature will include the new Vacation Mode functionality, which allows you to continue hiding archived chats even when new messages arrive. The Read Later cell will be always visible in your chats list.

In addition to that, when a chat is placed into the Read Later section, the user will not receive notifications from that chat.

The report revealed that the Read Later section will be always visible in the list of WhatsApp chats.

Users can edit the Read Later section to disable the Vacation Mode functionality, enabling notifications for chats stored in this section.

The user can decide to disable the Vacation mode included in “Read Later” selecting Edit Archive Settings (or WhatsApp Settings > Chats) and enabling Move Chats in Read Later, and automatically save received media to your camera roll.

ALSO READ:  WhatsApp Says Your Data is Safe With Them