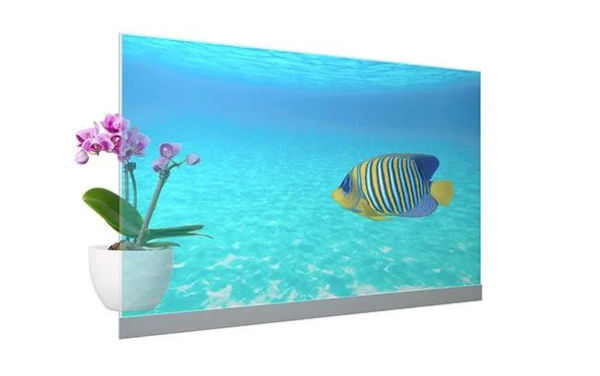 Both displays feature a 55 inch panel with a FHD resolution of 1920 x 1080px and a weight of just 1.75 kilograms, with the key difference being a dimming unit. LG DisplayÂ is the one that manufactured the display, which has an operating temperature range of 0 to 40 degrees Celsius. The back panel of the TP-55ZT110 offers a dimming unit that was independently developed by Panasonic to provide the display a â€œBlack Mode.â€

This dimming unit reduces the transparency of the TV, which also improves the image quality displayed on the screen by increasing the contrast. In other words, the TP-55ZT110 can be used as a regular display and as a transparent display as well. As per anÂ ITHomeÂ report, both models will be sold in the Asia-Pacific market and the Japanese market in December 2020.

For those uinaware, LG Display is one of the worldâ€™s largest manufacturersÂ  and suppliers of thin film transistor liquid crystal display (or TFT LCD) panels, organic light emitting diodes (OLED), and even flexible displays.

Currently, OLED panels are the best display technology that can be used for transparent TVs as it does not require a backlight and can emit light by itself. The display LG is supplying to Panasonic are aimed at commercial areas and for other enterprises and businesses, so it is unlikely that weâ€™d see it in the consumer market for now.

Panasonic Toughbook A3 Is A Rugged 10.1-inch Android Tablet: Specs and Price

Panasonic Toughbook A3 Is A Rugged 10.1-inch Android Tablet:…