Qualcomm recently announced its first 5G-enable Snapdragon 600-series processor with the arrival of Snapdragon 690 SoC. Now, HMD Global has teased that it will be announcing a Nokia smartphone powered by this new chipset.

Juho Sarvikas, Chief Product Officer at the company has teased an unnamed Nokia smartphone that will be running the newly announced Qualcomm Snapdragon 690 SoC. According to him, the phone will be â€œtruly global 5Gâ€ and given the SD690 chipset, we expect the device to be cheaper than the Nokia 8.3 5G. 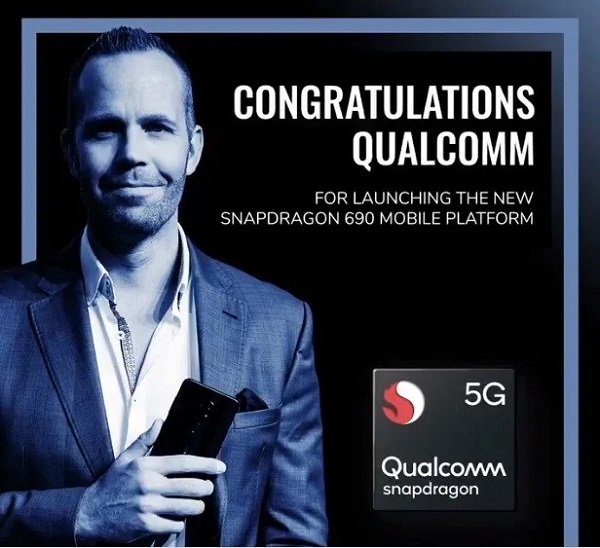 Thereâ€™s a likelihood that the upcoming Nokia 6.3 or Nokia 7.3 could run on this new chipset and is the one that the companyâ€™s executive is teasing. Do note that the company has not confirmed the name of the device yet.

It is packed with the Snapdragon X51 modem that brings support for sub-6GHz networks. There is also support forÂ Wi-Fi 6Â thanks to Qualcommâ€™s FastConnect 6200. It includes a new AI engine called ARCSOFT with Hexagon Tensor Accelerator.

The chipset comes with support forÂ FHD+ displays with a 120Hz refresh rate and support for 4K video recording at 30fps and stills up to 192MP. Qualcomm says there is also a new enhancement for video encoding. The mobile platform also supports Quick Charge 4+ fast charging technology.

The development comes at a time when itâ€™s been three months since the company announcedÂ Nokia 8.3 5GÂ as the worldâ€™s first â€œtruly global 5Gâ€ smartphone but the device is yet to be available for purchase.

ALSO READ:  The SD Associations Restores Huawei Back To Its Members List

What We Know About Samsung Galaxy Note9