Samsung will be unveiling a new Note lineup in August, and if we are to believe the new report, the vanilla-flavored Samsung Galaxy Note20 comes with a significant stripped down display from the Galaxy Note20+, and even a step down from the GalaxyÂ Note10.

I don’t know what you think. For me, I can’t accept any 60Hz mobile phone. It will cause me serious discomfort.

According to Leakster Ice universe on Twitter, the Note20 will have a flat display, with 1080p resolution, and only a 60Hz refresh rate. Given that the whole Galaxy S20 lineup uses 120Hz refresh rate, using an inferior display on the Galaxy Note20 seems like a way for Samsung to push customers to go for the higher-end and more expensive model.

I think its comprehensive specifications are even lower than Note10, at least Note10 is still curved screen and narrow bezel.

Samsung used a similar strategy last year with the Galaxy Note10 and Note10+. The regular Note10 came with a smaller battery, smaller display with FHD+ resolution, less ram, and it had one less camera than the Note10+. It felt like Samsung was nudging buyers to choose the one with more features. In hindsight, the Note10 at least had curved edges. 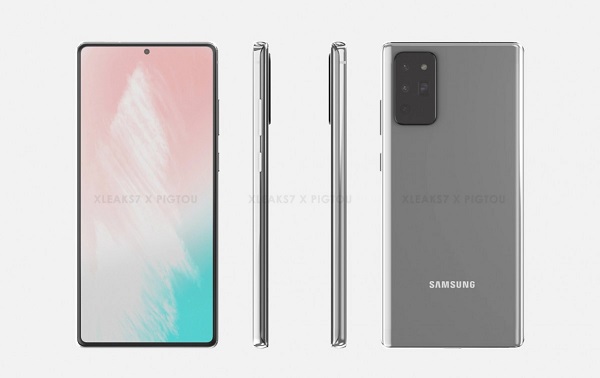 Samsung will not adopt curved edges this time around, as it has shown with the Galaxy S20 lineup. We could confidently speculate that Samsung will do away with them for the upcoming Note series, unless it decides to leave them as a feature exclusive to its most-expensive Note20 model.

What We Expect In The Next Unpack Event

The Samsung Galaxy Note20 family will be announced at Samsungâ€™s Unpacked event in August, one thatâ€™s expected to be held in a livestream. At the event, Samsung will launch the Galaxy Note20 lineup along with a Galaxy Fold 2,Â Z Flip 5G, and possibly aÂ Galaxy Watch 3.