A dangerous trojan has been discovered in popular games for smartphones running the Android operating system. The purpose of these apps is to regularly display intrusive ads to users. This was reported by a security research team from Avast.

Delete These 47 Android Games Now, If You Have Any On Your Phone

The researchers from the company ran a check in the Google Play Store. In 47 games, they found the Hidden Ads and trojan. They claimed to be as safe and useful but actually place intrusive ads outside of the games.

Avast emphasized that such games can hide their icons on an infected device and obsessively display ads, even when the user uninstalls the game from the device. The games have been downloaded a total of more than 15 million times.

Google representatives were told about the games they found, but some of them are still available in the store at this time. At the same time, the games in question have low gaming capabilities and a low rating â€“ in reviews, users complain about constant advertising. 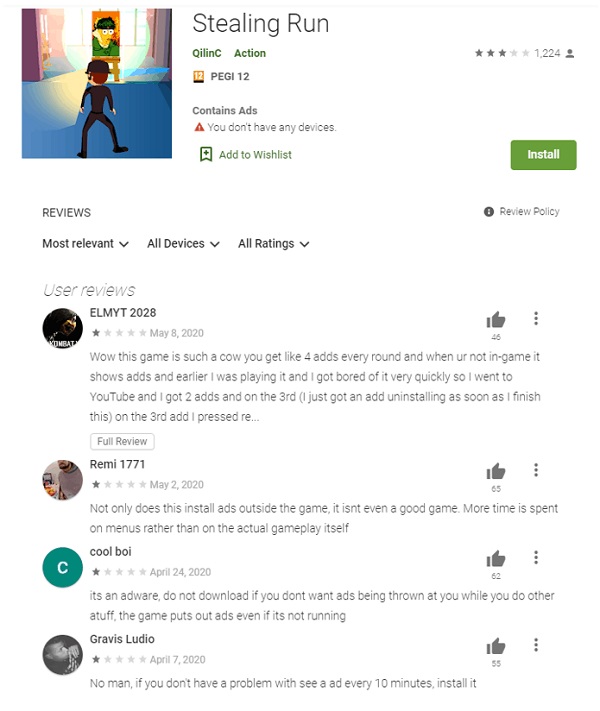 The applications in question are all games and some of these have managed to exceed 1 million downloads. Here are those reported by the Avast team with their downloads:

Advertisement
ALSO READ:  This New Malware Pretends To Be A System Update For Android Devices