CES 2020 have brought our eyes witness cool, interesting and weird products. We have seen a few cool gadgets that makes us doubt their ability to see the light of the day in the nearest future while we also expect some to come even this year. The event of that sort would only be incomplete without one or two oddities? The Cyrcle Phone is weird because, instead of being rectangular, it is circular or round in shape.

Yes, your eyes ain’t deceiving you, it’s a round phone. The last time we saw something similar to that was back in the days of Nokia and Symbian OS. 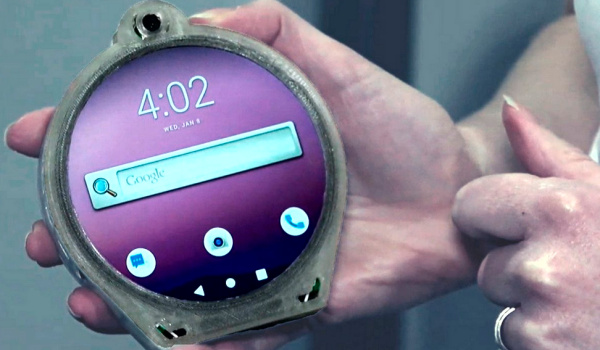 I don’t know what non-rectangular means and I doubt that you do either. However, the Cyrcle phone looks more like an old-school Sony Discman. Perhaps this is targets at music lovers too.

That is a possibility, seeing that it also has two headphone jacks. Now, you and your booboo can plug into one phone at the same time to share a moment.

Yes; a circular phone could be an exciting prospect if you are bored with the rectangular slabs that are the order of the day.

This round smartphone is in the works but the makers say it expect it to be ready in a year’s time. That is a long time, but we will be on the lookout for it.

ALSO READ:  This Is Most Expensive iPhone In The World

TCL Unveils Its Foldable Smartphone and 10 Series With 5G