Samsung has unveiled its newest slim 4K TV at CES 2019. Using MicroLED panels, the 2019 version of â€œThe Wallâ€ is an improvement on last yearâ€™s version of the TV â€“ whichÂ sportedÂ a 146-inch 4K display.

The new iteration of The Wall comes in a 219-inch 4K version as well as a more consumer-friendly 75-inch 4K iteration. 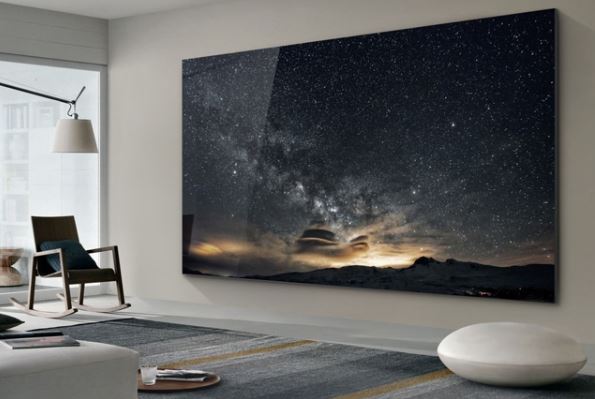 As with the 2018 version of The Wall, the new versions will use advanced HDR image processing.

Samsung has also managed to cut down the thickness of the TV from 80mm to 30mm.

The technology used in these TVs was originally intended for movie theatre screens measuring over 10 metres, and Samsungâ€™s decision to use this technology in consumer-focused devices marks a big move by Samsung in the high-end consumer TV market.

Samsung also announced a version of The Wall that might fit in more homes, with 4K resolution available in a 75-inch size. Thereâ€™s no word on how much that will cost.

Samsung has not yet released pricing for these new TVs.

What We Are Expecting From CES 2019 Las Vegas