JPEG XS Is Here -A New Format For VR, Drones And Self-driving Cars

A lot of people knows that JPEG is the standard format used to compress digital images. And soon, the group behind JPEG will release JPEG XS. No, this isn’t a situation where the new format is used instead of the older one. Actually, you can expect to see both used side-by-side. JPEG XS was created specifically for streaming video and VR as opposed to JPEG, which was created to help download digital images.

ALSO READ:Â JPEG Gets Replacement: All You Should Know About HEIC Images

The Joint Photographic Experts Group, in an announcement made last week, said that this new JPEG format will make viewing VR images less nausea-producing because of its low latency. It turns out that those who get sick to their stomach while donning VR goggles are usually responding to the lag between the time it takes for them to move their head, and the subsequent change on the VR display. 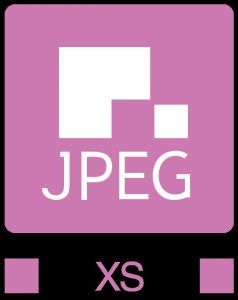 Aside offering low latency image compression, the new format is more energy efficient than JPEG. And while the compression is simpler and faster, which leads to higher quality images, the compressed files are bigger than those created by JPEG. But that is not a problem since these files are designed to be streamed instead of stored on a smartphone with limited storage capacity.

For example, JPEG reduces the size of an image by a factor of ten, compared to the factor of 6 that JPEG XS images are reduced by. But again, the latter format produces images that are so sharp and clear that Professor Touradj Ebrahimi, from EPFLâ€™s Multimedia Signal Processing Group, says that you can’t tell the difference in quality between an original video and one that has been compressed by JPEG XS.

JPEG XS is open source, and because of its speed, some see it being employed in situations where images need to reach the CPU of a device quickly. One example would be the “eyes” of a self-driving car.

“In the immediate future, JPEG XS will be put to use in professional applications like movie editing, space imagery and professional-grade cameras. Consumer electronics will come next, including self-driving cars, virtual reality, augmented reality, and wireless connections between multimedia devices and TV monitors or projectors.

“To be able to use JPEG XS, consumers will need to own the next generation of devices. In terms of software, they will probably just need to run an update, like they do from time to time on their computers and smartphones anyway.”-Professor Touradj Ebrahimi

No doubt that there will also be plenty of use for the JPEG XS format on smartphones in order to enhance their VR and AR capabilities, especially with next-gen 5G connectivity. All that is required to launch the new format is approval from member states belonging to the International Organization for Standardization (ISO).

What Is MTN Marathon Praise Service? Where To Download The App